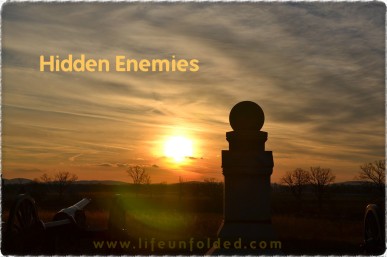 Sometimes life unfolds to a series of circumstances holding you captive in fear, lack of hope, not to mention insecurity as we compare ourselves to others. This sometimes causes us to question the very fabric of our being based upon a failure, harsh critique, or even the lack of confidence in self when we look over the size of a task the Lord has given us.

I love when God tells Joshua in Joshua 7:10, “Get up! Why are you lying on your face like this.” after his army was defeated in battle by the men of Ai. Joshua was scared of the outcome he envisioned for the remaining Israelites and questioned God on why he would lead them to be defeated.

I don’t know about you, but I have been there and done that multiple times even recently. I’ve sat bemoaning and crying over injustices, taking my place on the pot of pity. Why Me? Why now? Why did you lead me this far only to be laughed at and made a fool?

I love when the Lord says to Joshua in verse 13, “You will never defeat your enemies until you remove these things from among you.” While the Lord is speaking of items that were plundered and hidden by fellow Israelites that should not have been, I find great comfort in His words.

In everything we do, we will experience a set back of some sort. While it’s easy to climb and sit upon the mountain of self pity and cry over injustices done to us; maybe, just maybe, the Lord is cleansing things from our hearts that shouldn’t be there or are hidden and instead lining them up with His path set for us?

My enemies are not people but the battles that rage within my very heart. I can’t use a set-back as a will and a way to give up but rather embrace it; knowing that I am but clay in His hands. He is refining me and removing impurities within so that I can get up, dust off the dirt and step into the next phase He has planned for me.